This one is serial #75 and it is in excellent condition. A few small impressions here and there, but it has been babied.

Comes as pictured with Gibson Gold COA and all the case candy you can think of.

Very cool top on this one with some awesome figuring that sets it apart from a normal flame top. Almost ‘tortured’ in some respects, and then nice and flamey- in others.

One of the cooler Lifeson’s we have seen and these are getting very hard to find. Grab it while you can.

“In his work with Rush from the ’70s to today, Alex Lifeson has redefined the boundaries of progressive rock guitar, with playing that soars beyond the drama and the bluster to reveal truly stunning virtuosity that has been praised and admired by fans—and players—of all stripes. Created through extensive work with Alex Lifeson himself, the Gibson Custom Alex Lifeson Les Paul Axcess similarly redefines the boundaries of the classic Les Paul: packed in a single remarkable instrument, this guitar carries all of the traditional tones that have made the Les Paul legendary, along with unprecedented levels of sonic and performance versatility. The Alex Lifeson Les Paul Axcess carries two high-output humbucking pickups with series/parallel wiring options via its push-pull volume controls, and a Floyd Rose® licensed unit that not only provides the world’s most efficient vibrato system, but is also loaded with GraphTech™ Ghost® piezo bridge saddles. Access traditional Gibson magnetic humbucker tones, mix it up with fat and funky series/parallel options, tap the Ghost’s® realistic acoustic tones, or blend acoustic and magnetic voices—the sky’s the limit from this sonic chameleon, whose sound-shifting depths are virtually limitless. You can route it all through a traditional mono jack or use two cables to split to stereo outputs. All this, and the Alex Lifeson Les Paul Axcess still presents that timeless Les Paul look that has remained a classic for more than 50 years. 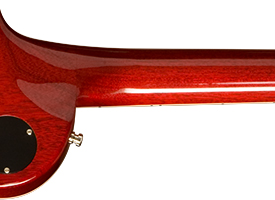 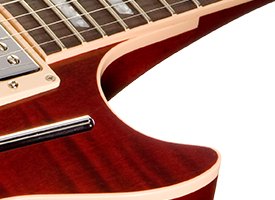 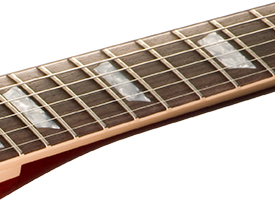 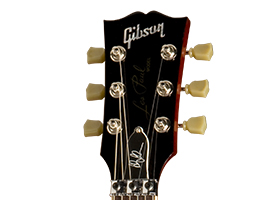 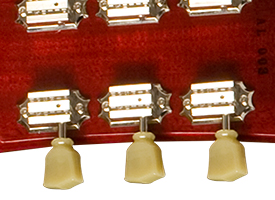 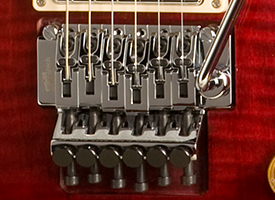 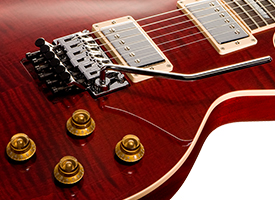 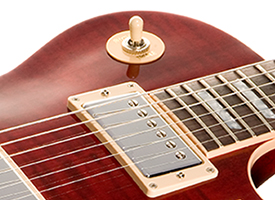 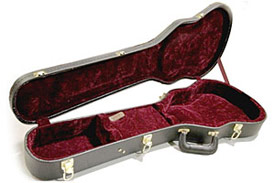